Inscription. When George Edgar Merrick (1886-1942) designed his idealistic City of Coral Gables in the early 1920s, he created a special area for scouts and built a rustic log cabin for his Troop 7 boy scouts on this site.
Today, only the chimney remains. After the hurricane of 1926, Merrick's Coral Gables Construction Company built this Troop 7 scout cabin largely from pine trees and telephone poles.
Merrick deeded these two acres of land, now in the middle of the Granada Golf Course, to the scouts in perpetuity. Their first scoutmaster was Albert H. Bartle.
As scoutmaster for the first three years, then a committee member, Mr. Bartle served Troop 7 for 16 years until 1938, setting the standard for excellence and longevity for others to follow.
The old Troop 7 log cabin burned down on March 30, 1971, leaving only the chimney. The new building , finished in 1976, was dedicated to Scoutmaster Rex Hawkins, who kept the troop alive during the difficult WWII years when many adult leaders were away.
The George Merrick Foundation continues to maintain the property with help from the City of Coral Gables, the Kiwanis Club of Coral Gables and concerned citizens who appreciate the legacy of George Merrick's scouting program. 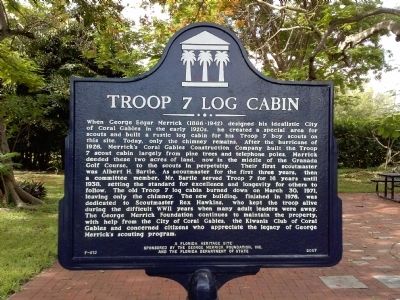 Erected 2007 by A Florida Heritage Site sponsored by the George Merrick Foundation, Inc., 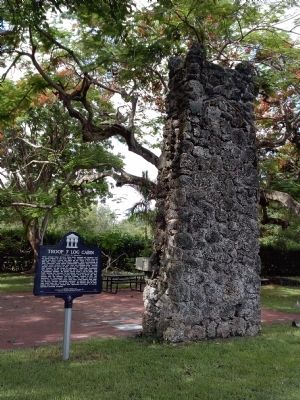 and the Florida Department of State. (Marker Number F-612.)

Topics. This historical marker is listed in these topic lists: Charity & Public Work • Fraternal or Sororal Organizations. A significant historical date for this entry is March 30, 1971.

Location. 25° 45.088′ N, 80° 16.64′ W. Marker is in Coral Gables, Florida, in Miami-Dade County. Marker can be reached from the intersection of South Greenway Drive and Cordova Street, on the right when traveling west. The marker is located inside the Grenada Golf Course near the maintenance facility. Touch for map. Marker is at or near this postal address: 2001 Granada Blvd, Miami FL 33134, United States of America. Touch for directions. 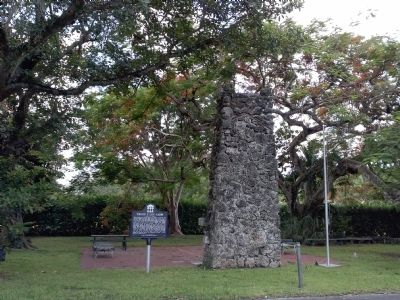 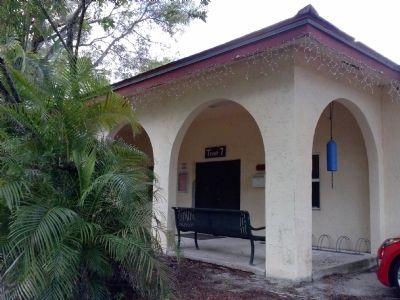 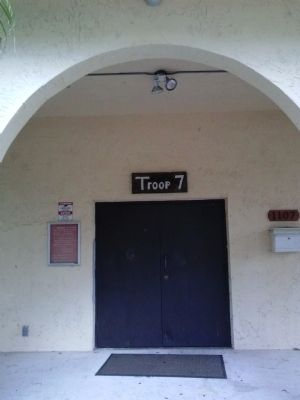 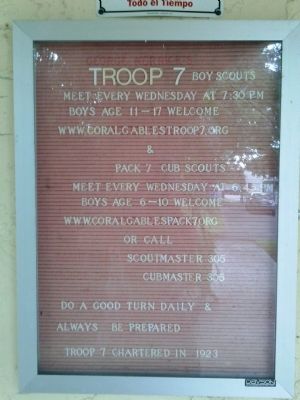